Brazil superstar Neymar has posted messages between himself and his teammates after their shock 2022 World Cup exit.

The Paris Saint-Germain forward admitted he did so without his fellow Selecao stars’ permission, but stated he wanted to extinguish any assumptions there were tensions within the squad.

He said: “How are you? I am here to tell you I am your fan. One penalty won’t change how I feel about you. I am always with you and you know that, I love you.”

“Hey brother,” Marquinhos replied, “I’ve been improving little by little, just giving time to recover from all this! And you? How are you? Thank you for the message and for thinking about me man, you are so amazing, I wanted everything to go well.

“It sucks to think that penalty was an obstacle in our dream! But let’s move forward, we have to be strong, let time pass and see what football has awaiting for us.”

Neymar then responded: “That’s my exact thinking, give time… more than anyone I know that EVERYTHING PASSES, good moments and bad… 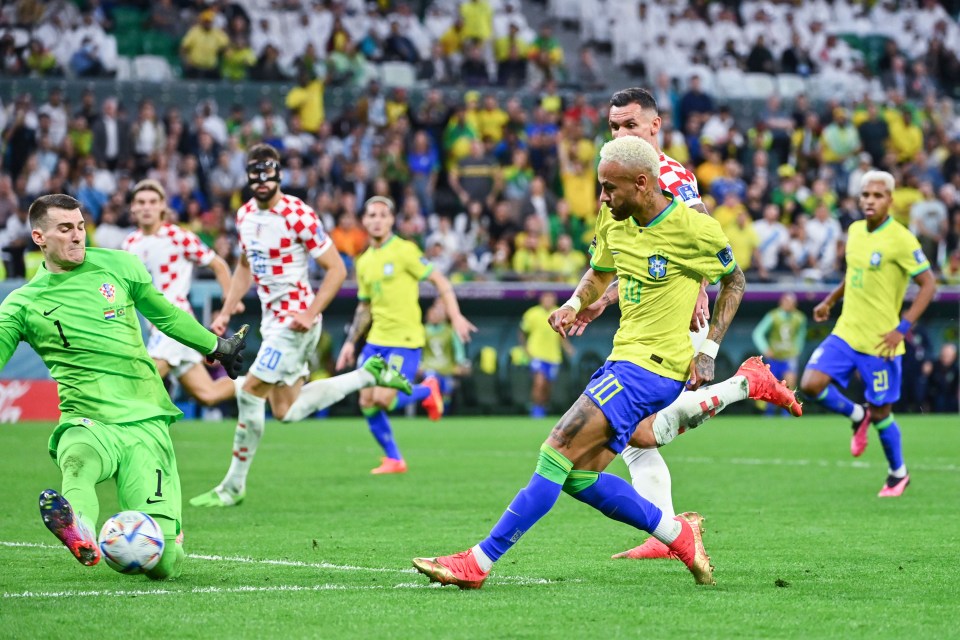 “Stay strong, enjoy your family and remember that I’m not just a companion but a friend and I want you feeling well, I love you and we move on together.”

Neymar’s PSG teammate clearly appreciated the messages, as he continued to say: “That’s true brother, only we know what we went through to get here, what we faced in all the days, and that’s why it hurts so much.

Neymar then posted his Instagram conversation with veteran Brazil defender Thiago Silva, who, at the age of 38, has likely played his final World Cup for the Selecao.

He said to the Chelsea star: “We will have to move on man, unfortunately it’s like this! I wanted to give you this World Cup so much. You, Dani [Alves] and I all deserved it so much. But God has a purpose for us and knows everything.

Silva, who was playing in his fourth World Cup responded: “Brother, it is harder than I imagined, for real! I can’t take it. I can’t believe we lost! I can’t believe it. Every time I remember I feel like crying. But I will be okay.”

Finally, Neymar posted a screenshot of his Whatsapp chat with Rodrygo, the 21-year-old that missed Brazil’s first penalty in the shootout against Croatia.

“Little Bro! I am here to tell you that you are a baller… it’s an honour to be a part of your career, to hear you call me an idol of yours and to see you rising to be a historic player for Brazil!” Neymar said.

“Penalties are only missed by those who step up to take one, I’ve missed many penalties in my career and have learned from all of them.

“But I never gave up, I always looked for better and fought to improve myself in everything. I like you a lot, not just for you as a player but the kind-hearted and good kid you are. 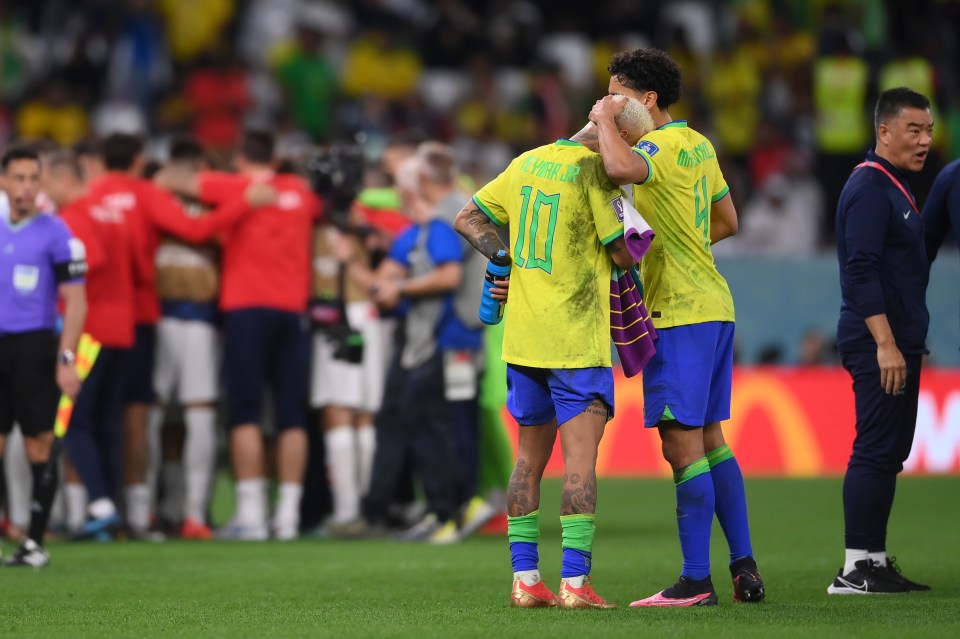 Whilst Neymar has gone out of his way to reassure Selecao fans all is well in the Brazil camp, there remains uncertainty over whether the Paris Saint-Germain star – who has 77 goals in 124 caps for his country – will continue his international career.

After his country’s elimination, he said on the future of his international career: “Honestly, I do not know. I think talking now is bad because of the heat of the moment. Maybe I’m not thinking straight.

“To say that this is the end would be rushing myself, but I don’t guarantee anything either. Let’s see what happens going forward.”