Katy gave evidence in the week-long trial, denying she had ever heard the 2009 song Joyful Noise by Flame before recording her track. But despite the joke, the jury ruled against Katy on Monday. Tuesday 30 July the court will work on deciding how much in damages Gray may be owed.

During the trial, Katy Perry's team described the beat of both songs as "commonplace", arguing that because of that, Flame (real name Marcus Tyrone Gray) could not claim copyright. She even offered to perform Dark Horse for the court room when her lawyers were unable to play the song for jurors because of a broken speaker system.

"They're trying to own basic building blocks of music, the alphabet of music that should be available to everyone," said Katy's lawyer Christine Lepera during her closing arguments in court last week but lawyers representing Flame claimed that Katy Perry and her team had "copied an important part" of his song, at the conclusion of legal proceedings that started in 2014. 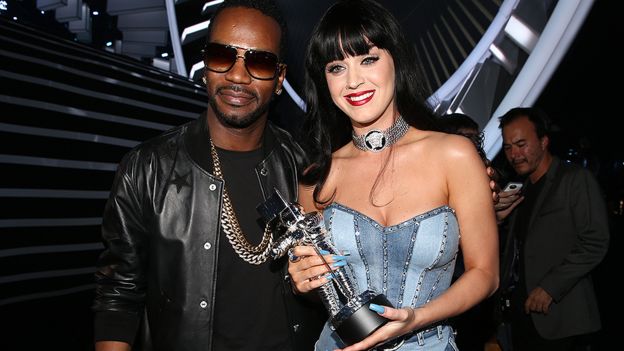 Dark Horse was released in 2013 on Katy's fourth album Prism and is one of her biggest hits.It has sold more than 13 million copies worldwide and the video for the song was the first ever by a female artist to reach a billion views on both YouTube and Vevo.

In total, the video has been watched more than 2.6 billion times since its release in 2014.