Top winner will be awarded Rwf1 Milion and Air tickets: Bishop Justin Alain has initiated a competition for his song “Ugendane Nanjye”

Justin Alain is an Australia-based Rwandan Bishop who does evangelic work. After his wife passed, he was motivated to become a gospel artiste with the purpose of helping others through the healing process.

“I used to sing in different church choirs and had to stop when I was relegated to the role of being a pastor. However, I kept on supporting gospel singers to reach their dreams,” he said.

Alain recently released a song dubbed ‘Ugendane Nanjye’ (‘Walk with me’) which is about his prayer when his wife passed on, leaving him with three young children with the lastborn being only three months.

“Before she transitioned, she said her goodbyes to me. However, I couldn’t bear the pain whenever the children could ask me about her,” he said in an exclusive interview. 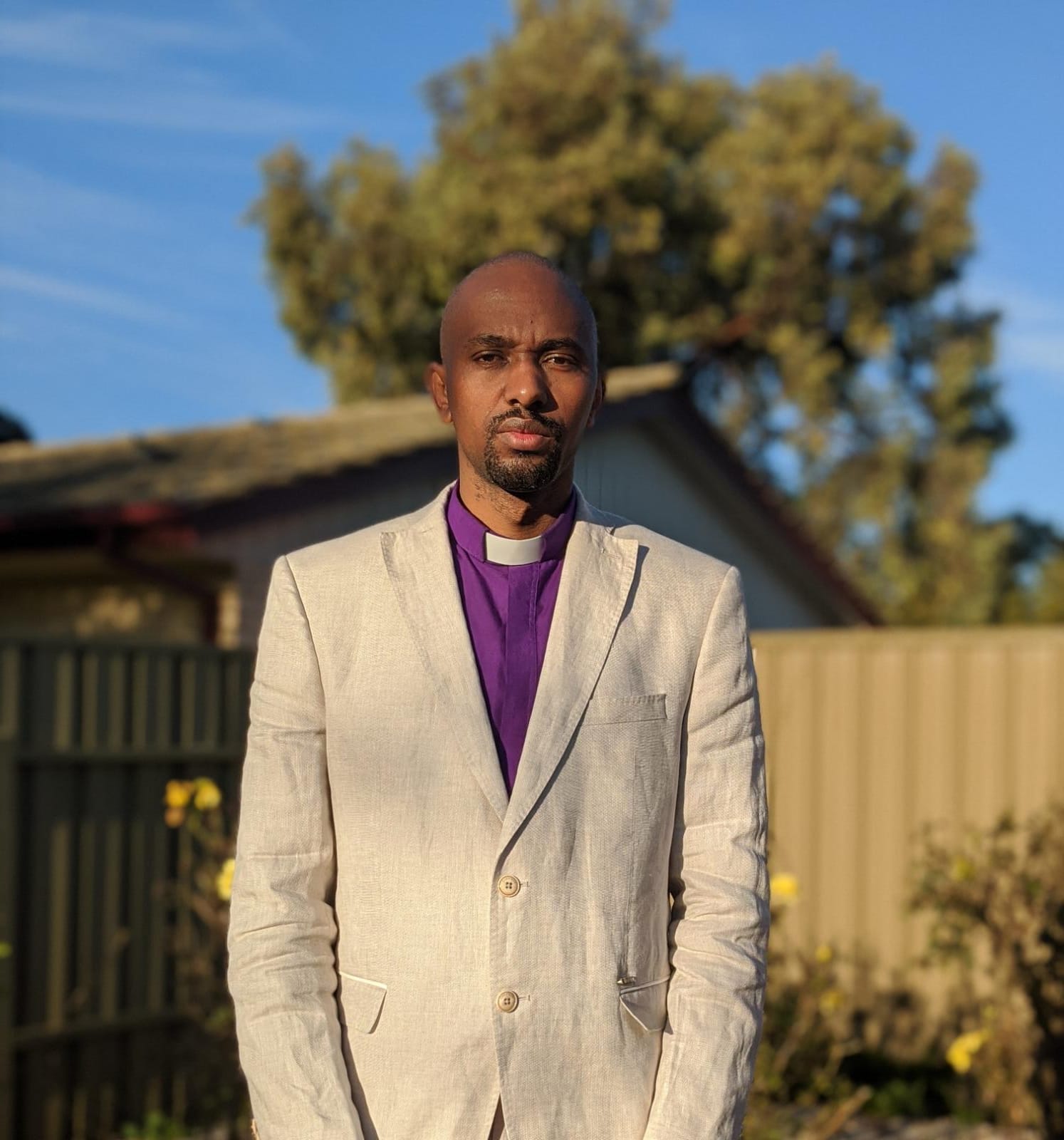 He narrated that since he couldn’t tell the kids about their mother passing away as it was so overwhelming to him, he prayed about it and then composed the song. Since then, he has been keeping the song until he decided to share it this year.

He told this publication that since February 2016, he started a new journey with a load of responsibilities to raise the kids all alone. After getting back to his feet, he decided to become a gospel singer with the aim of helping others in their healing process as he helps himself too.

Martin pro from Rwanda was the audio producer while Doux, Eliel Filmz, and Rukuz from Australia were the video producers.

He added that he has been getting so much positive feedback from people within a very short time. “So many people have declared that this song found them in difficult times and so they are saying how helpful it is and they can pray by using the lines in it,” Justin said.

The singer has many songs in store that he hopes to release. However, he won’t stop preaching. He urges everyone to pray and trust in God since he won’t disappoint them, instead he will walk with them and grant them a happy ending.

Bishop Justin Alain went to Australia in 2018. He is the founder of Rehoboth Divine Healing Church and the Rise and Shine World Ministry which operates in various parts of the world but specifically has its headquarter in Australia where he does the evangelic work of Jesus via many activities.

Through his ministry Rise and Shine World (RSW), he initiated a competition for his song “Ugendane Nanjye.”

“We want to support the talents in the gospel industry and we didn’t want them to sing any other song that we have no permission of. That is why they are only allowed to sing ‘Ugendane Nanjye’. The top winners will be given Rwf1, 000, 000 and air tickets to attend some gospel concerts which are being planned in Burundi, Kenya and Uganda.”

The Gospel Talent Hunt competition will be closed in a Gala Dinner Night that will take place in Rwanda on March 16, with an aim to bring back hope and commiserate Rwandans during the Commemoration of the 1994 Genocide against Tutsi. 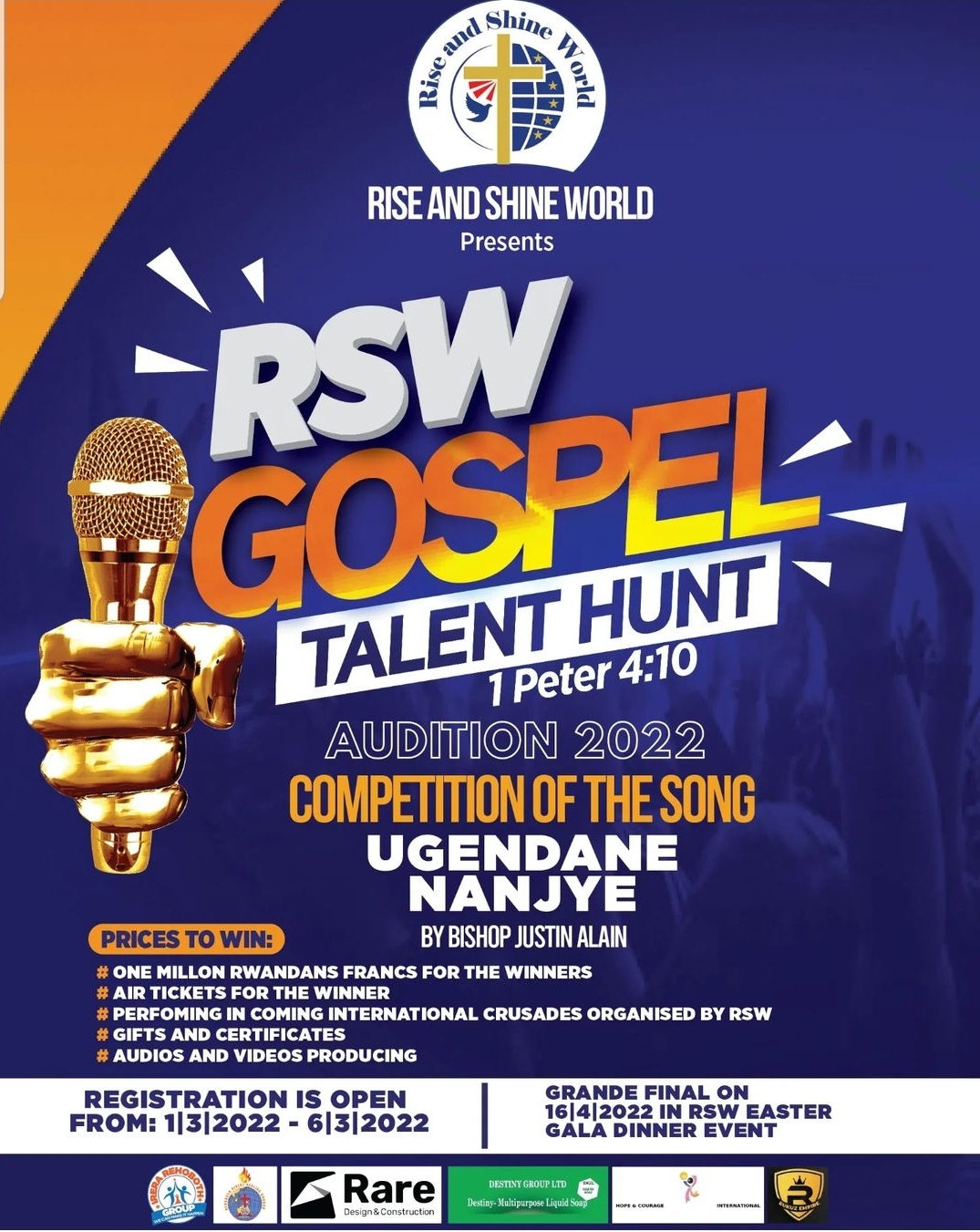 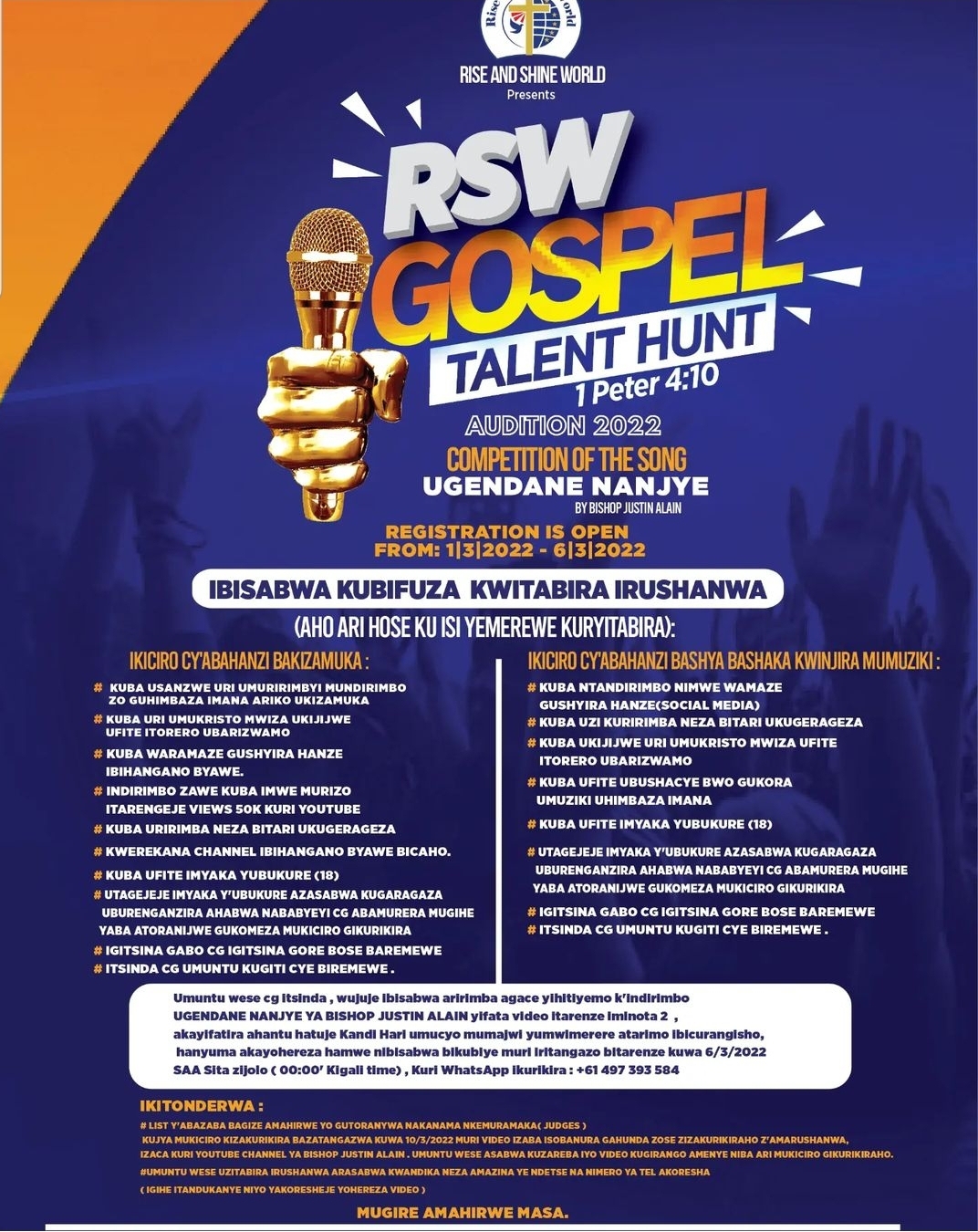 "What a blessing to meet my role model!" Rwandan Ev. Janet Israel of N...