Men bounce back more quickly than women after the death of a friend because they are less close to them, according to a new study.

The first long-term analysis of those bereaved by the loss of a close friend found women suffer more emotionally, socially and are more likely to endure mental health problems than men. 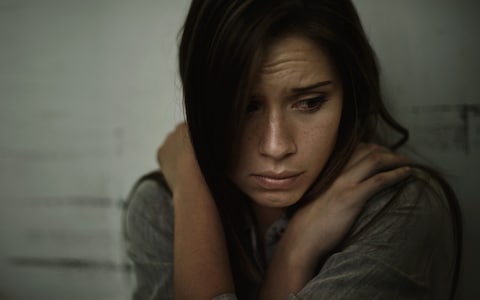 The study of 9,586 people argues that it takes women longer to recover because “females share tighter and had greater socioemotional bonds”.

It also showed that the physical and psychological impacts of a close friend’s death can be felt for up to four years.

The researchers at the University of Stirling say that while healthcare and society as a whole generally understand the impacts of a family bereavement, the effects of the death of friends is often ignored.

They said women experience a sharper fall in vitality, suffered greater deterioration in mental health, and impaired emotional and social functioning after a friend passed away.

Dr Liz Forbat, Associate Professor in the University of Stirling’s Faculty of Social Sciences, said: “Much of the previous research around grief and bereavement has focused on the death of an immediate relative, often a spouse.

“We all know that when a partner, child or parent dies that the bereaved person is likely to grieve and feel worse for some time afterwards.

“The impact of the death of a friend, which most of us will experience, is not afforded the same sense of seriousness.” She added: “There are pronounced declines in the health and wellbeing of people who’d had a friend die in the previous four years, yet employers, GPs and the community aren’t focused on providing support to bereaved friends. The death of a friend is a form of disenfranchised grief, one not taken so seriously or afforded such significance.”

It is also believed that religion in general has a positive impact on grief as it helps individuals to handle major crises such as death, and religious communities often provide social support to help individuals cope with their loss.

“This research proves that the death of a friend matters and, as a universal human experience, the findings are applicable internationally,” said Dr Forbat.

‘’Our study suggests there is a need to ensure that services are available to assist people who have experienced the death of a friend, to help them develop necessary support networks.”

In recent years, scientists have increasingly investigated the phenomenon of “post-bereavement hallucinatory experiences”, with some researchers estimating that between 30 to 60 per cent of bereaved people “see” or “hear” a person they miss.

It is believed the prevalence is far higher than reported due to fear of being perceived as mentally ill.

The new research, published in the journal PLOS One, also found evidence that the death of a close friend lowered the respondent’s satisfaction with their health.