Just one day after Donald Trump officially announced his candidacy for the presidency of the United States for the second time, his daughter Ivanka Trump often supports him in political activities, and she immediately announced that she would not support her Father and that she did not want to reunite with politics. 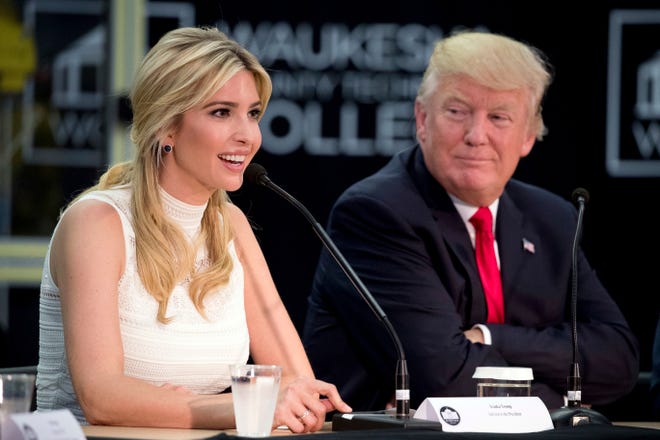 41-year-old Ivanka Trump has announced that she will not support her father who is about to start campaigning after much talk about their relationship once Donald Trump had announced the 2024 election nomination, he immediately called his daughter and asked her to find him infront and the other refused. 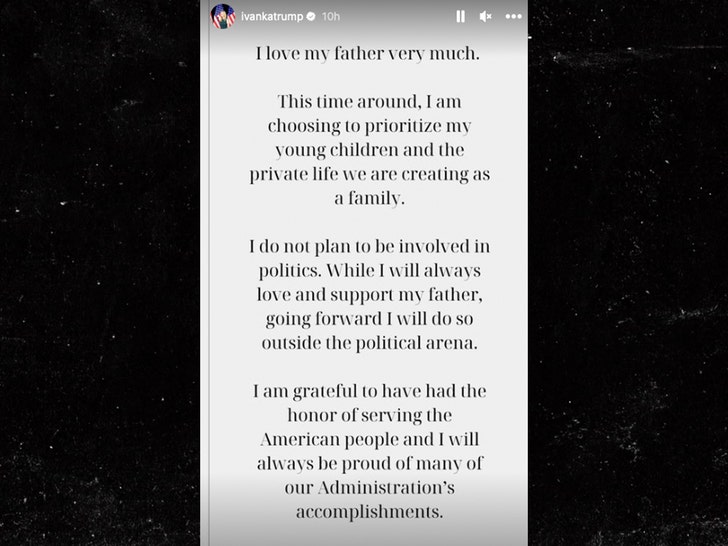 This has led many to say that Ivanka Trump has publicly despised her father and is said to have their relationship not been in good shape. After all this, Ivanka Trump through her Instagram posted a long message explaining her decision not to support her father in the 2024 election.

In a statement, Ivanka Trump said: “I love my father very much. This time around, I am choosing to prioritize my young children and the private life we are creating as a family. I do not plan to be involved in politics.” She added: “While I will always love and support my father, going forward I will do so outside the political arena. I am grateful to have had the honor of serving the American people and will always be proud of many of our administration’s accomplishments.”

CNN has said Ivanka Trump has surprised many of the announcements because she was the one who used to support Donald Trump in her political career and was also the one who was in charge of her campaign in the last election.

CNN goes on to say that Ivanka's message shows that the reason she will not support her Father is that she does not want to go into politics yet analysts say there is a big reason to hide behind her decision.

Donald Trump's daughter has announced she will not support his father... Donald Trump has announced that he is running for president of the Uni...