Saturday August 6, 2022 at BK Arena that’s when and where the concert took place, the purpose of Rwanda rebirth celebration concert was to celebrate Rwanda liberation which was such a brilliant idea and did go on well where it began by rewarding those who won the competitions that did happen before in cycling, volleyball and so many other games a

By the start of advertising the concert the tickets were high where a regular ticket was 10k, 20k for vip, 500000 vvip and 5k for students but later on they changed the tickets to regular 5k, 10k for vip, 25k for vvip and they provided cars for people outside the city

There were 6 artists that were supposed to perfume at the concert, Bwiza was called to stage she was in all white with dancers and did good on stage mainly with the song Ready which has people’s hearts by now

Her DJ was first on stage as he also is an artist musician he did performhis song  DJ Phil Peter and then Marina was next on stage where she performed her songs including ‘ikanisa’, ‘bimpame’ where she featured the song with Phil Peter she was so excited on the dance flow where she gave a geat performance 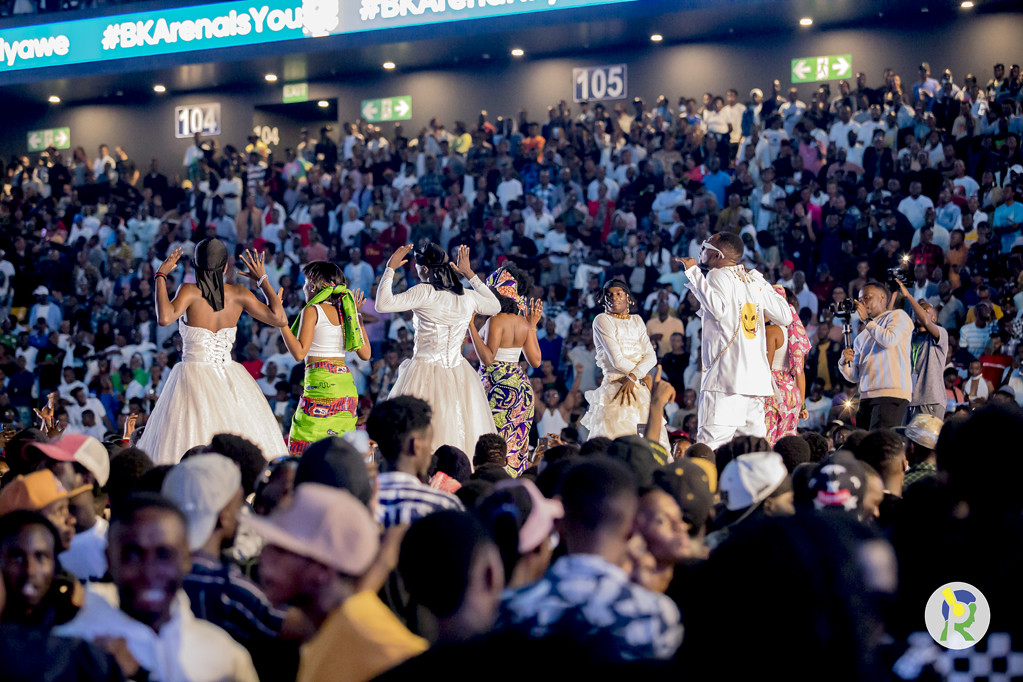 He came on stage with dancers the guys had wedding dresses on which was such a big surprise, as a hit maker Chriss Eazy did make people happy by his performance not mentioning when he sang ‘inana’ the most liked song of his it was such an enjoyable moment as the dancers also did have a part in making people happy

For the first time in two years we saw The Ben on stage in Rwanda, before he was on stage his funs turned on their flashlights he started by his song ‘habibi’. He sang almost all his songs he has as its 13 years as an artist (musician), he thanked H.E Paul Kagame for everything we have archived, many of his funs managed to reach him on stage and gave him hugs. The Ben also sang ‘malaika’ by Yvan Buravan and sad a get well soon to the fellow artist, to continue he performed ‘why’ a song he has with a Tanzanian well known artist Diamond Platinum, people were waiting for him to sing the song you could tell because the cloud was singing along. The artist was so thrilled by the love he was shown by people Not all the artists expected at the concert were on stage because Kenny Sol did not perform and a lot were so confused why, later on in the weekend he said why he said that the organizers were not matching his contract and that of cause he showed up at BK Arena but explained how he was being treated bad where he was told ‘sing or leave it’ by some of the organizers which he said isn’t a good way of treating people He added on by saying they had to pay him for using his face on the fliers.