The court gave the rapper a second chance regarding her community service hours.

NEW YORK, Jan 17 (Reuters) - The U.S. A New York City judge ordered on Tuesday that Grammy Award-winning rapper Cardi B has until March 1 to perform 15 days of obligatory community service for an attack at a strip club in 2018.

According to the Queens District Attorney's Office, the hearing was a "compliance update," and the court had requested Cardi B to appear since she had not completed her 15 days of community service as part of her plea agreement. 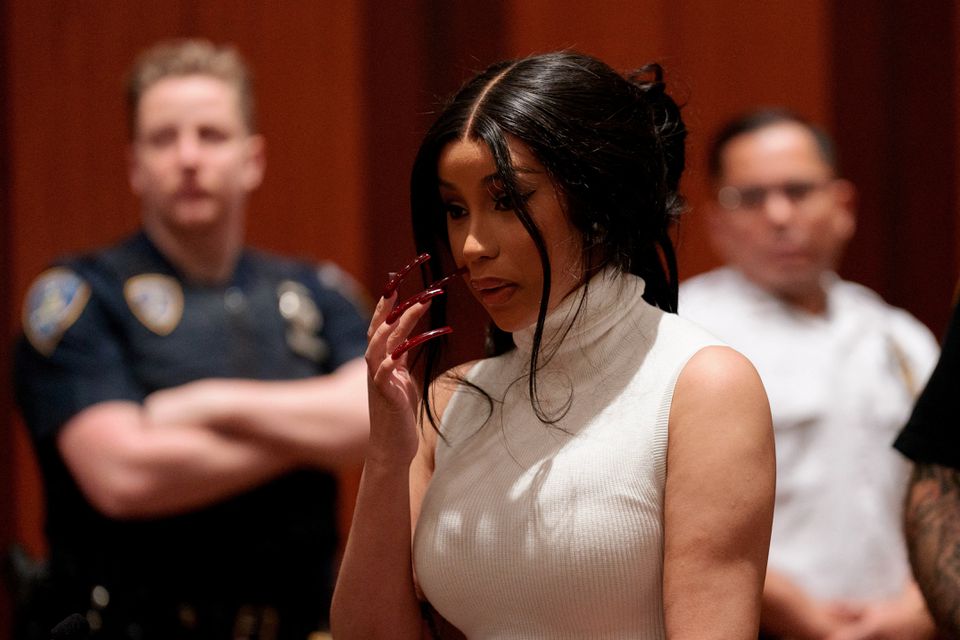 “Personally and professionally, Cardi is dedicated to community service and charitable endeavors. She therefore appreciates the court giving her until March 1st to complete her community service commitment in Queens, New York," Cardi B's attorney said in a statement.

Police said that Cardi B, whose real name is Belcalis Almanzar, got into an argument with female bartenders at a club. She had accused one of them of having an affair with her husband and fellow rapper, Offset.

The 30-year-old rapper pleaded guilty to two misdemeanor assault charges last year after being accused of starting a fight with two bartenders, claiming she wanted to be a better example for her children.

“Part of growing up and maturing is being accountable for your actions,” she said after her hearing in September.