On Thursday evening, the bad news reached out to world football fans, claiming that the legend Ednson Arantes do Nascimento, known as Pele, died.

According to daily mail, Pele passed away after a battle with colon cancer at the age of 82, with numerous players both past and present joining his daughter Kely Nascimento in sending their own emotional messages after the tragic news on Thursday, December 29. 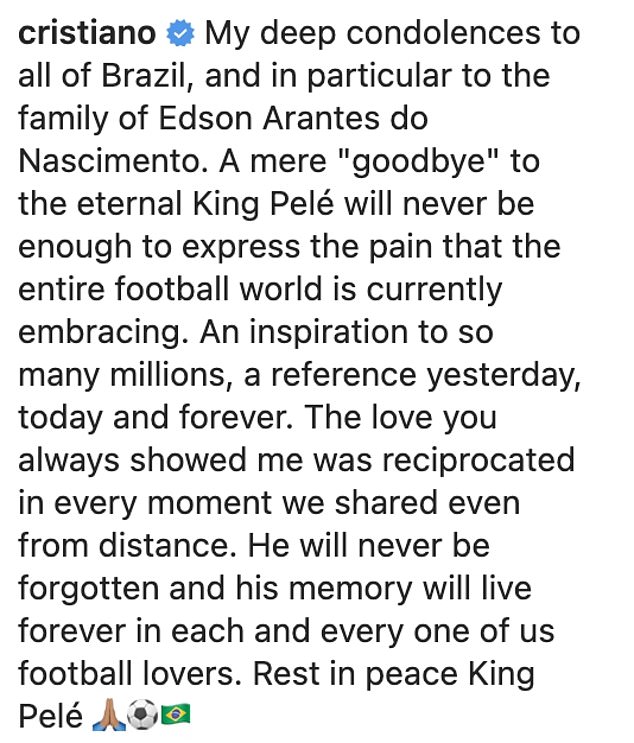 'My deep condolences to all of Brazil, and in particular to the family of Edson Arantes do Nascimento,' the five-time Ballon d'Or winner wrote on Instagram.

'A mere "goodbye" to the eternal King Pelé will never be enough to express the pain that the entire football world is currently embracing. An inspiration to so many millions, a reference yesterday, today and forever.

'The love you always showed me was reciprocated in every moment we shared even from distance. He will never be forgotten, and his memory will live forever in each and every one of us football lovers. 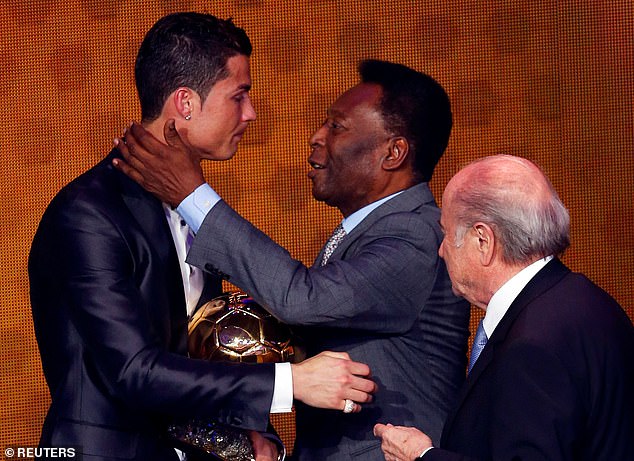 Pele and Ronaldo shared an amicable relationship, with the former often sending the latter words of support throughout his career.

Earlier in 2022, the Brazil icon told Ronaldo he was looking forward to meeting with him in a congratulatory message after the 37-year-old received a special award from FIFA for breaking the international goalscoring record.

'I’m looking forward to meeting you in person to give you my hug,' he said.

'I recorded this message with great care. See you soon.