The letter was out by Sunday on August 7, 2022 after the rumors on social media that the reason behind him refusing to perform is because he wasn’t given ‘Hennesy’ and it was in their agreement.

This artist was at BK Arena asking to be given the money and was told that they will give him a check that will be withdrawn within 10 days he waited for the check but didn’t get it. He was told that the person who was supposed to sign on the check wasn’t there

In other artists that did perform at this concert there is one that was given 230rwf another was given 300rwf, and then they sang and there contracts says they have to be given 1milion rwf

He said he used social media in order to say something on things that held Rwandan music behind, he started by saying actions with less knowledge is one of the things that causes our music to stay behind, he labels it as a virus

He said that he knows that by saying the truth that he will get many haters but that is for a better future, he said its not a one man problem that also his fellow artist have had this phase as its all over social media some artists like Juno Kizigenza and Ish kevine addressed the matter 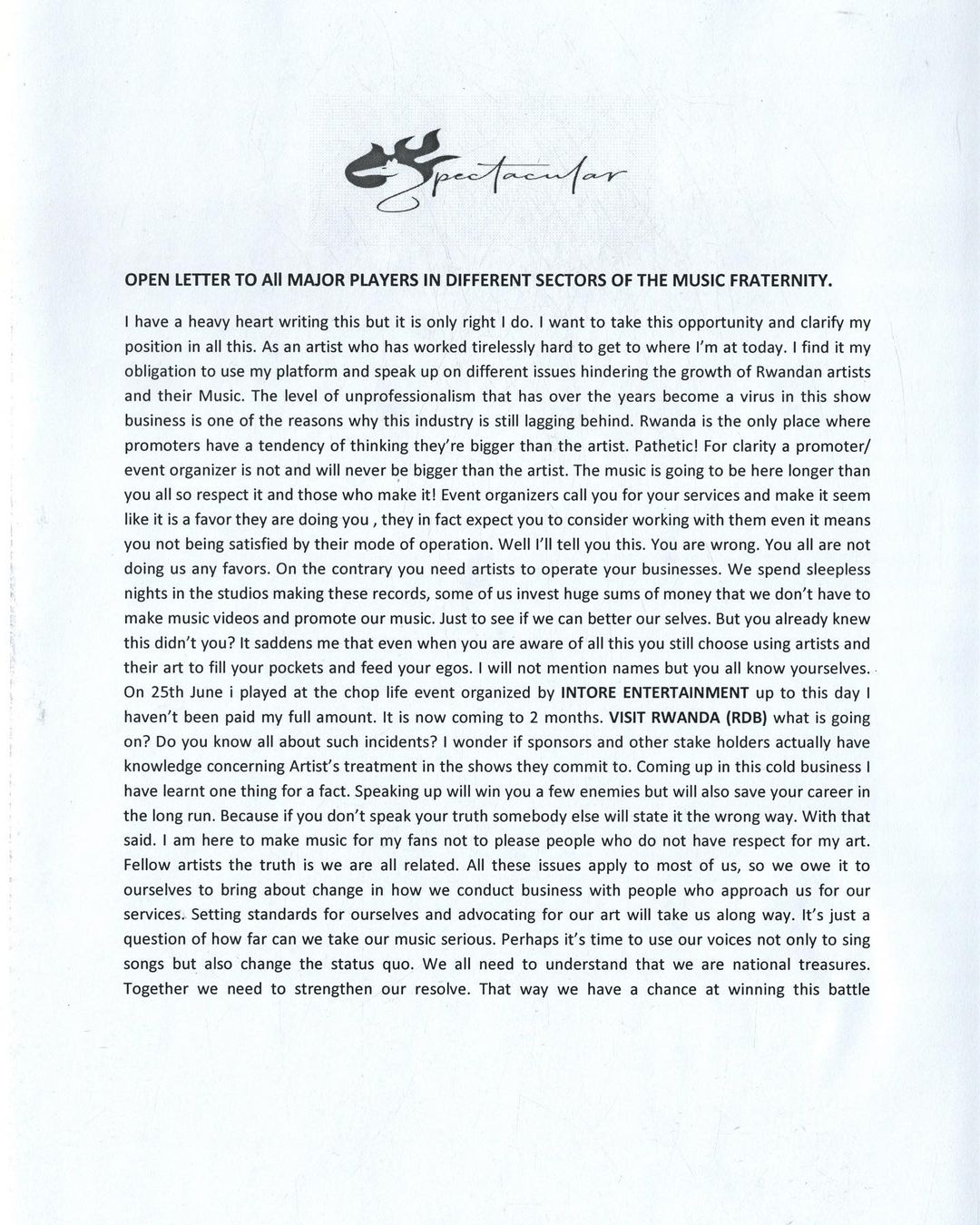 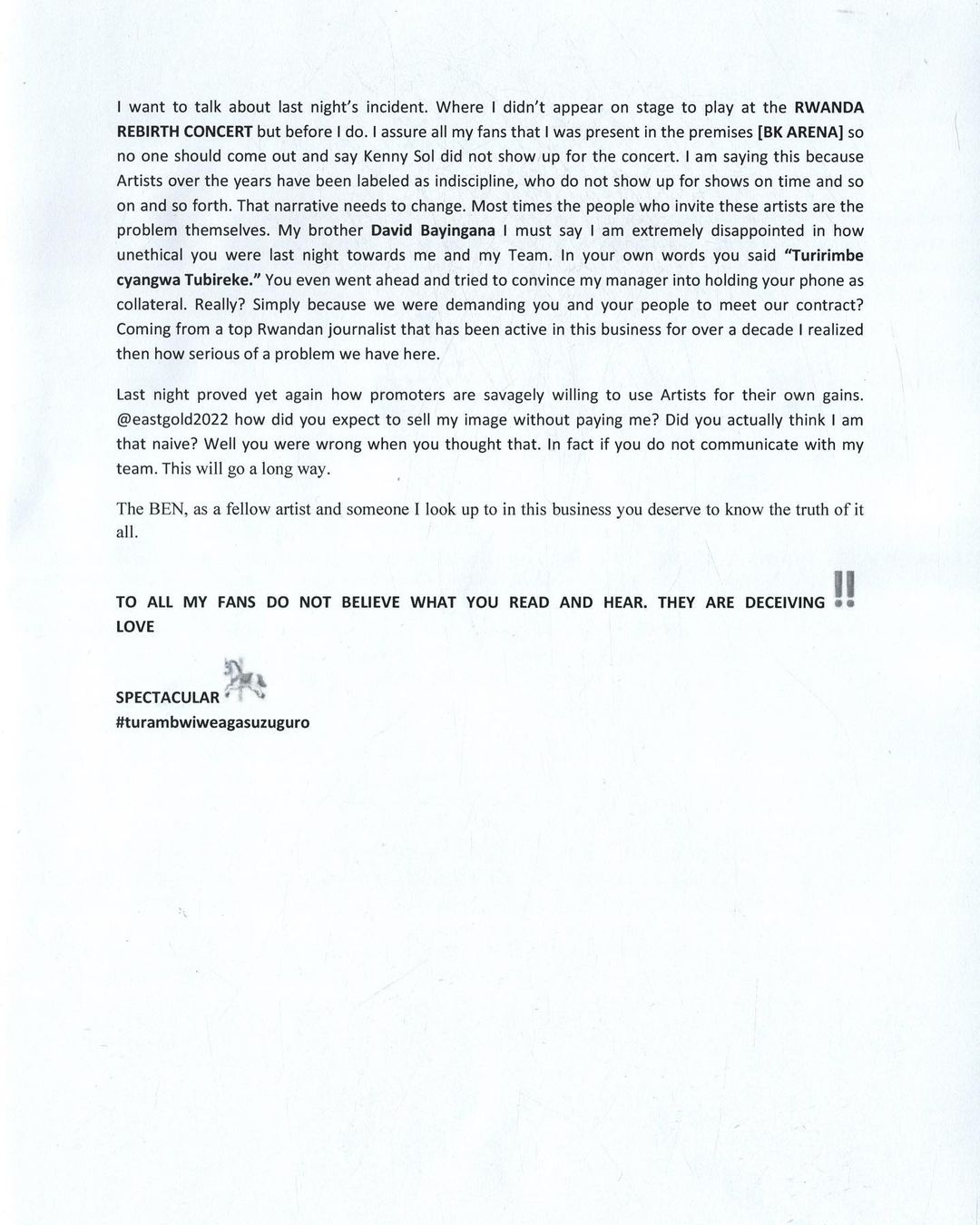