Is Harry Styles gay? As he was spotted kissing a guy

Harry Styles shared a kiss at the Don't Worry Darling premiere with one of his co-stars as the crowd erupted in cheers.

Don't Worry Darling's premiere has been going viral for several reasons and amid all the ongoing drama surrounding its director Olivia Wilde and lead Florence Pugh, the film's other star, Harry Styles has also been making the headlines now. The singer who recently headed to Venice Film Festival 2022 for the premiere of his film is going viral.

While Harry and Olivia kept their romance low-key at the Venice Film Festival, the singer instead of kissing his girlfriend shared a lip lock with his co-star Nick Kroll at the premiere of the film. In a video from the event, Styles and Kroll can be seen finding each other in the crowd while the film is receiving applause. The two actors, both sporting blue suits then can be seen sharing a kiss with each other on the lips and embracing one another. The kissing moment has now been going viral on social media. On the other hand, both Harry and Olivia have remained extremely professional all through the promotions and premiere of the film. While fans expected the couple to do their red carpet debut at the film festival, the couple walked the red carpet separately for the premiere.

Olivia in a recent interview with Variety opened up on keeping their relationship private and said, "I’m not going to say anything about it because I’ve never seen a relationship benefit from being dragged into the public arena." She also maintained that while they share "deep love" they are extremely protective of it. 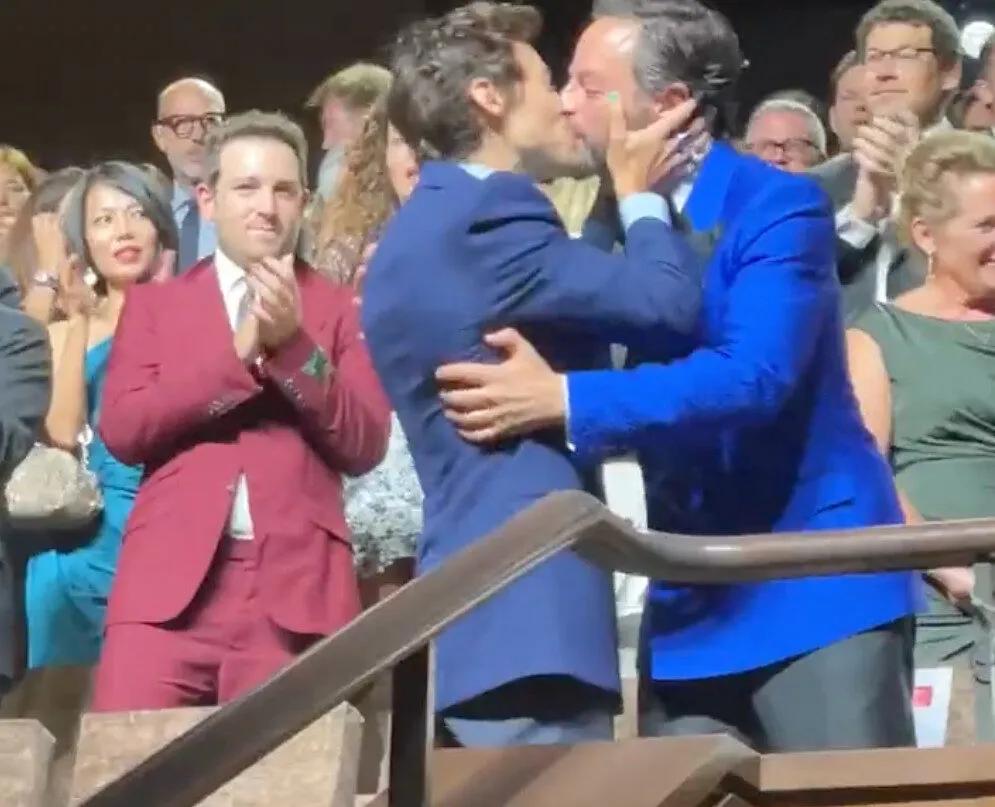