Doja Cat made a fashion statement Saturday in Paris when she arrived at the Vivienne Westwood Womenswear Spring/Summer 2023 fashion show, wearing layer upon layer mixed with just about every color imaginable. She also donned an oversized jacket, long gold coin-like earrings and other eye-catching accessories. 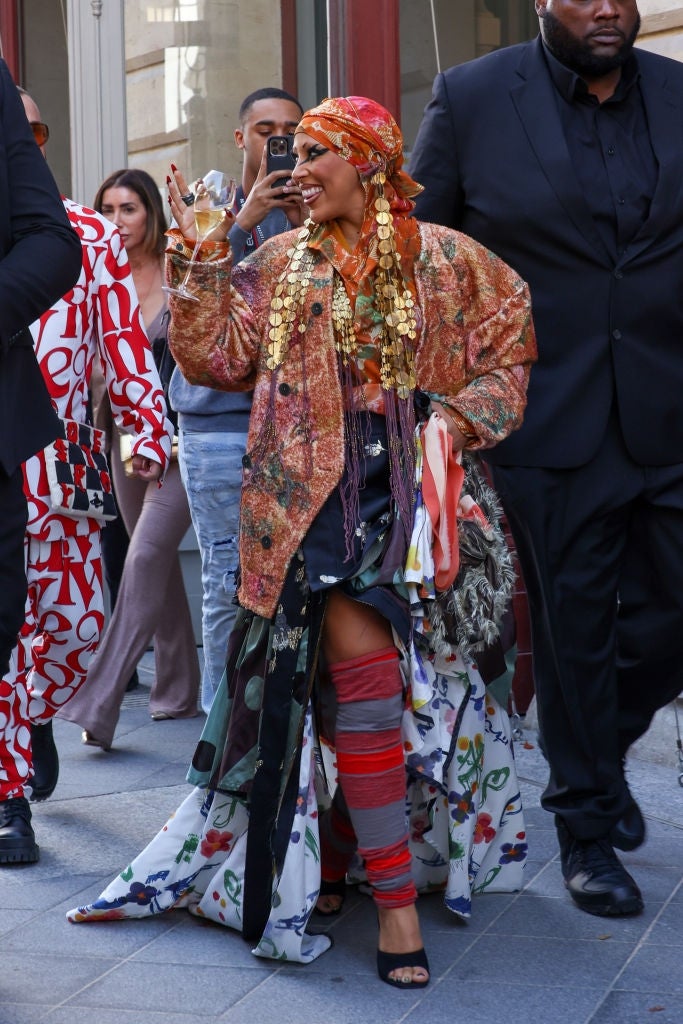 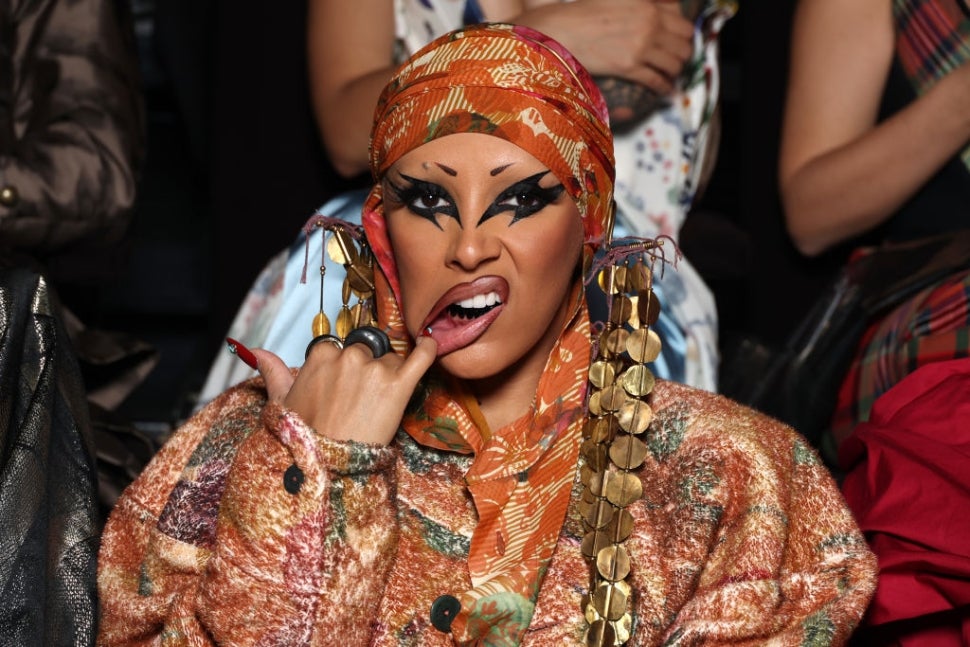 The "Need to Know" rapper topped off the outfit with a Bohemian-style scarf wrapped around her head and over-the-top makeup around her eyes. She sat in the front row at the fashion show, alongside South Korean singer Sandara Park, model Coco Rocha, Halsey, model Evan Mock and UK photographer Gray Sorrenti.

Doja later opted for a wardrobe change for the Monot Womenswear Spring/Summer 2023 show. Photographers spotted her arriving at the shindig wearing a revealing dress that wrapped around her neck. She painted her arms black and sported black and very pointy nails. The musician also sported a long black wig and diamond necklace and earrings. 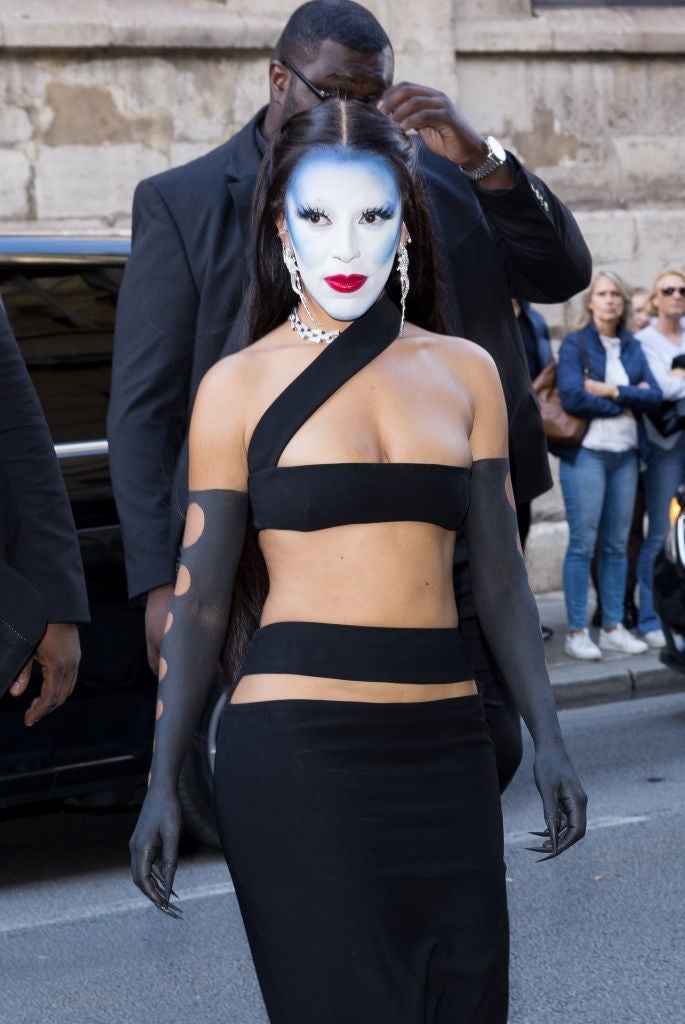 The "Kiss Me More" singer's appearance at Fashion Week comes nearly two months since she debuted a fully-buzzed head before shaving her eyebrows on Instagram Live. While fans had their own opinions about the move, Doja Cat wasn't here for it, and she let it be known in her NSFW missive aimed directly at those who criticized her beauty statement. 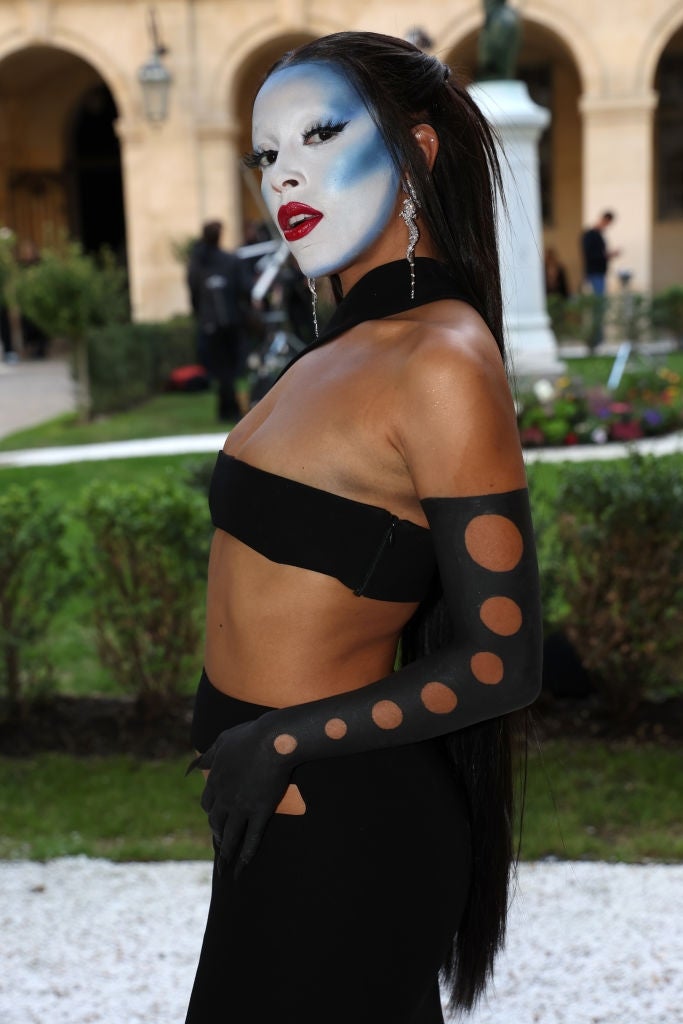 "I won a GRAMMY and traveled the f***ing globe I’ve had a #1 and I went platinum. I make hit after hit after hit and you all want me to look f***able for you so that you can go home and j**k your c**ks all day long while you live in your mothers basement. Go f**k yourselves," she posted on Twitter.

Doja previously opened up about her decision to switch up her look on Instagram Live, revealing a long-running personal struggle with her hair.

"I feel like I was never supposed to have hair anyway," she said to the camera. "I don't like having hair. I never liked having hair. I cannot tell you one time since the beginning of my life that I've ever been like, ‘This is cool.' I just do not like to have hair."