The authorities in Orlando, Florida, have been giving more details of the gun attack on a gay club early on Sunday, when 49 people were killed.

The deadliest mass shooting in recent US history ended with gunman Omar Mateen being killed himself. The attack also left 53 people injured.

After Mateen holed up in a toilet with hostages at the Pulse club, police tried to blow a hole in a wall.

When that failed, they used a Bearcat armoured vehicle to break through.

The authorities made clear that the death toll from the shooting was 49; an earlier figure of 50 included the gunman, who was shot dead by police.

An off-duty officer working at the club had initially fought Mateen in a gun battle. Shortly after, more police officers arrived.

They engaged Mateen, forcing him to retreat to the toilet, where he was holding hostages, Orlando police chief John Mina said.

Mateen phoned the police from the toilet, Mr Mina said, and made a pledge of allegiance to the so-called Islamic State group (IS) while speaking to them.

Chief Mina said that statements made by the suspect while he was holed up in the toilet, and information from people trapped inside, had convinced police that further loss of life was imminent.

After officers broke through the wall, "dozens and dozens" of people emerged from the hole, the police chief said.

Mateen himself came out shooting and was killed, he added.

Who were the victims? 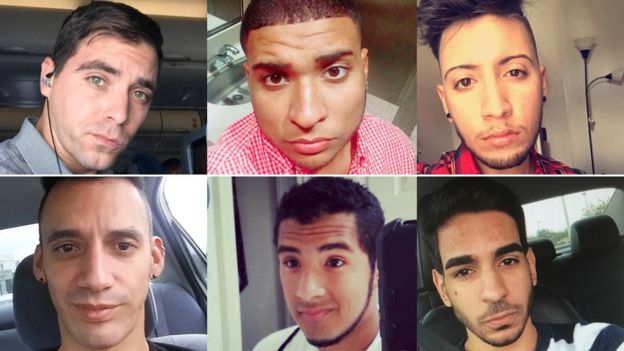 So far, 26 victims have been named: 22 men and four women. They include:

Who was the killer? 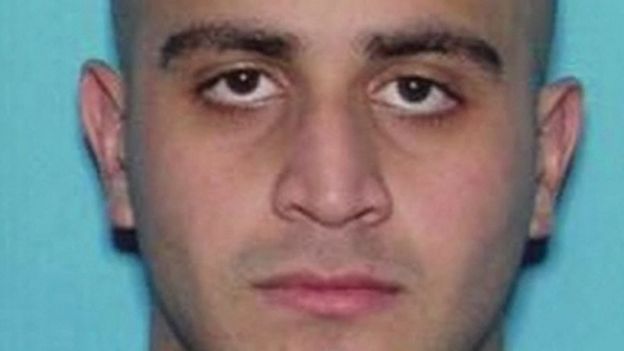 Mateen, a US citizen of Afghan descent who was born in New York and lived in Florida, was not on a terrorism watch list.

However, the FBI interviewed him twice in 2013-14 after he made "inflammatory remarks" to a colleague, before closing its investigation.

Mateen had legally purchased several guns in the days before the attack.

Seddique Mateen, the father of the gunman, said he did not know that his son had a "grudge in his heart" and did not understand why his son had carried out the shooting.

A statement on the IS-affiliated Amaq news agency said an IS "fighter" was responsible and on Monday, the group's al-Bayan radio called Mateen "one of the Caliphate's soldiers in the US".

A security company that Mateen used to work for said he had been vetted twice.

The checks in 2007 and 2013 did not reveal anything of concern, G4S said, and Mateen had carried a gun as part of his job.

The death toll means that the Orlando attack surpasses the 2007 massacre at Virginia Tech, which left 32 people dead.

According to the crowd-sourced Mass Shooting Tracker, the US suffered 372 mass shootings last year, defined as a single incident that kills or injures four or more people. Some 475 people were killed and 1,870 wounded.

The latest incident came as Orlando was still reeling from the fatal shooting on Friday night of 22-year-old singer Christina Grimmie following a concert in the city.